Thanks to our friends at Culture Spot MC. You can read the article on their site and find more arts and humanities news and events in Montgomery County.

‘Perform Your Art Out’ 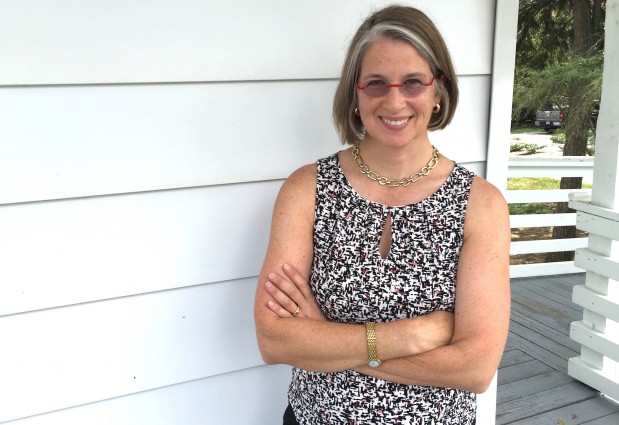 As ArtStream enters its second decade of supporting people with disabilities through acting and art, it welcomed seasoned new Executive Director Heller An Shapiro.

The Silver Spring-based nonprofit provides creative and performance opportunities that build confidence, interaction and independence skills for adults with disabilities, such as autism and Down syndrome. The successes of ArtStream program participants range from new jobs to better friendships to improved public speaking skills.

Shapiro, whose first day on the job was May 2, looks forward to continuing this legacy. “I’m excited because ArtStream combines my love of the arts with my passion for empowering people with disabilities,” says Shapiro who comes to ArtStream from Osteogenesis Imperfecta (OI) Foundation in Gaithersburg, where she served as executive director. 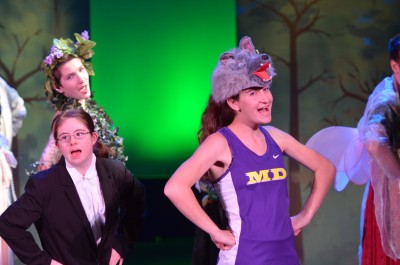 “Art is a great way to reach and connect with people. It teaches critical skills,” said Shapiro. “People learn by doing. The performing arts teach you how to prepare for a role, which helps you play that role [off stage].” Shapiro pointed to acting exercises like improvisation to illustrate her point.

Although she has lived in the D.C. area for 33 years, Shapiro hails from upstate New York, where she grew up wanting to help others—a path likely influenced by her mother who was a teacher and worked with charities. She gravitated to a career as a therapist, but then realized she could help more people by working with volunteers.

At the Kennedy Center, Shapiro managed 750 volunteers. It was there that “my eyes were opened to the performing arts,” she said. She also worked for the Foundation Fighting Blindness, where she developed and conducted a three-year national volunteer leadership training program. For VSA, another nonprofit that provides arts and education opportunities for students and adults with disabilities, Shapiro supported local and international programs. She also founded MVP Arts — Managers of Volunteer Programs in the Arts, a networking and education group.

At Artstream, this volunteer-in-chief sees a “building year” ahead. Her main goal is to “let people know about us.”

Pam Brown, chair of ArtStream’s board of directors and head of the executive search committee that hired Shapiro, added, “We are at the stage where the doors are opening for major growth and big impact. It was important to us to find someone who could navigate that kind of transition in a sustainable way. 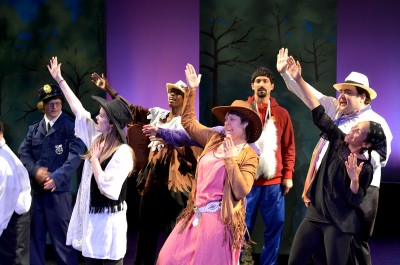 “Ms. Shapiro champions strategic growth, with an emphasis on sustainability and diversifying sources of funding. She plans to build the board of directors and cultivate relationships with nonprofit and corporate partners. She also plans to create new and expanded programs to engage more individuals throughout the D.C. region.”

“ArtStream has a big future, and I’m proud to be a part of it,” said Shapiro, whose nonprofit resume demonstrated her dedication to causes and commitments that bring the arts and people with disabilities together.

Shapiro, who earned a bachelor’s degree from Vassar College and a master’s from American University, has directed nonprofits, served on boards, and worked as a volunteer herself. This wealth of experience has earned her a national reputation as an executive coach and strategic and recruitment resource for nonprofit organizations. Among her recognitions is a President’s Volunteer Action Award while serving as director of volunteers at the Friends of the Kennedy Center.

Shapiro also sits on The Barrie School Board of Trustees. Other board appointments have included: Kidsave International, the National Health Council and the Association for Volunteer Administration (AVA). A member of Leadership America, she has had bylines in newspapers including The Washington Post, as well as in professional publications such as The Journal of Volunteer Administration, ASAE Chapter Relations, Fund Raising Institute and Leadership Guide. She wrote “Rebuilding Together: Board Building Manual” and a chapter in “Managing Volunteer Diversity,” and collaborated on the children’s books, “Jason’s First Day” and “Emily’s First Day,” both designed to integrate a child with a disability into elementary school classrooms.

← $5,000 Grant from Nora Roberts FoundationThe rewards of volunteering are priceless →